English soul singer Dusty Springfield (born Mary Isobel Catherine Bernadette O’Brien) was one of the top female artists of her generation. She took her stage name from her first group, the folksy-sounding Springfields, but left soon after to pursue a solo career that would last nearly four decades; although her popularity dwindled beginning in the 1970s, the inclusion of “Son of a Preacher Man” on the Pulp Fiction soundtrack triggered a revival. Her album Dusty in Memphis was ranked as the 89th greatest of all time by Rolling Stone, and she has been honored in both the American Rock and Roll Hall of Fame and the UK Music Hall of Fame. Springfield’s lesbianism was the focus of an off-Broadway musical based on her life. 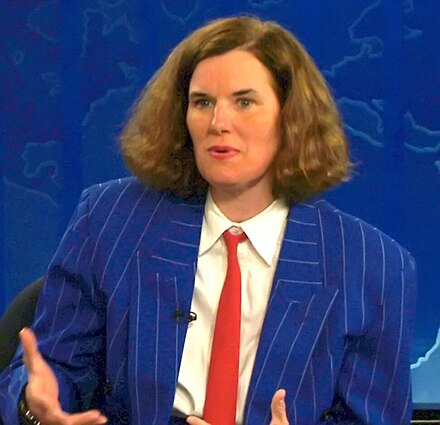 Asexual American comedian Paula Poundstone has been active on the standup circuit since 1979. Following a spot on Saturday Night Live she began hosting television programs and appearing in minor roles as an actor; her notable appearances include late-night political correspondence during the 1992 presidential campaign and an HBO special for which she was honored with a CableACE Award (she also appears on Comedy Central’s “100 Greatest Standups of All Time” list). She is also a regular panelist on the NPR quiz show Wait, Wait…Don’t Tell Me!, which she describes in an interview here. In addition to her standup and other vocal appearances Poundstone has also penned a comedic memoir, There’s Nothing in This Book That I Meant to Say. British/New Zealander stage and screen writer and cult film actor Richard O’Brien (the stage name of Richard Timothy Smith) was the mastermind behind The Rocky Horror Show, a queer gothic musical comedy that has generated a robust, ritualized midnight screening tradition. (He also originated the role of Riff Raff and played him in the film adaptation.) O’Brien’s career has also extended into eccentric television program hosting, including the popular UK game show The Crystal Maze, for which he was selected because he fit the show’s “Dungeons and Dragons” vibe.

Although O’Brien was assigned male at birth and continues to use male pronouns, he identifies as “70% male, 30% female,” and uses the term transgender to refer to himself.

Stu Rasmussen, the first transgender mayor in the United States, had been elected in the small town of Silverton, Oregon, twice before transitioning, and then again after. A movie theater owner, former cable installer, and computer expert, Rasmussen ran on a fiscally conservative, locally-focused platform. When protestors appeared from out of state the town’s residents arranged a counter-protest in which they crossdressed out of solidarity. To raise money for the city Rasmussen has sold selections from his prodigious shoe collection. A musical based on his life (and election) was produced in Seattle and included in the New York Festival of New Musicals. Prolific artist, filmmaker, and author Clive Barker has been leaving his mark on he horror genre since the 1980s when he debuted his short story collections Books of Blood. He directed his most notable work, Hellraiser, out of a fear that his original story would be treated poorly in the wrong hands, as he had seen happen to another adaptation. Since his early forays into fiction he has branched out into other genres, including – of all things – young adult literature. For the positive portrayal of homosexuality in his novel Sacrament he was honored with a GLAAD Media Award in 2003. Roy Harold Scherer, Jr., dubbed “Rock Hudson” by his image-crafting manager, was an American leading man and sex symbol of the mid-20th century, starring in both melodramas and fluffy comedies, along with a smattering of other genres, television, and live theater. Before moving to Hollywood Scherer had been an aircraft mechanic. Although he had no acting training he was able to break into the business on the strength of his good looks and persistence; later tutoring from Universal Pictures solved his inexperience problem, and he went on to be nominated for an Oscar. Scherer publicly announced that he was gay and HIV positive before passing away from AIDS-related complications in 1985, which became a pivotal event in drawing attention to the disease and humanizing homosexuality.

No quote can summarize activist, sex worker, performer, and politician Jamie Lee Hamilton more elegantly than this excerpt from The Walrus profile of her: “She became a Native Princess, a Ms. Gay Vancouver, and, inevitably, an honorary member of the travelling cast of A Chorus Line.” For over three decades she pushed for Canadian laws targeting sex workers to be overturned using a mixture of dramatic tactics and community building; she even became Canada’s first trans person to run for public office and nearly won a seat. She also sits on the board of directors for the Greater Vancouver Native Cultural Society, an aboriginal advocacy group.